We develop technology and commercialize solutions – find out more about our daily work.
News list 29 March 2019

Impressions after the ArabLab 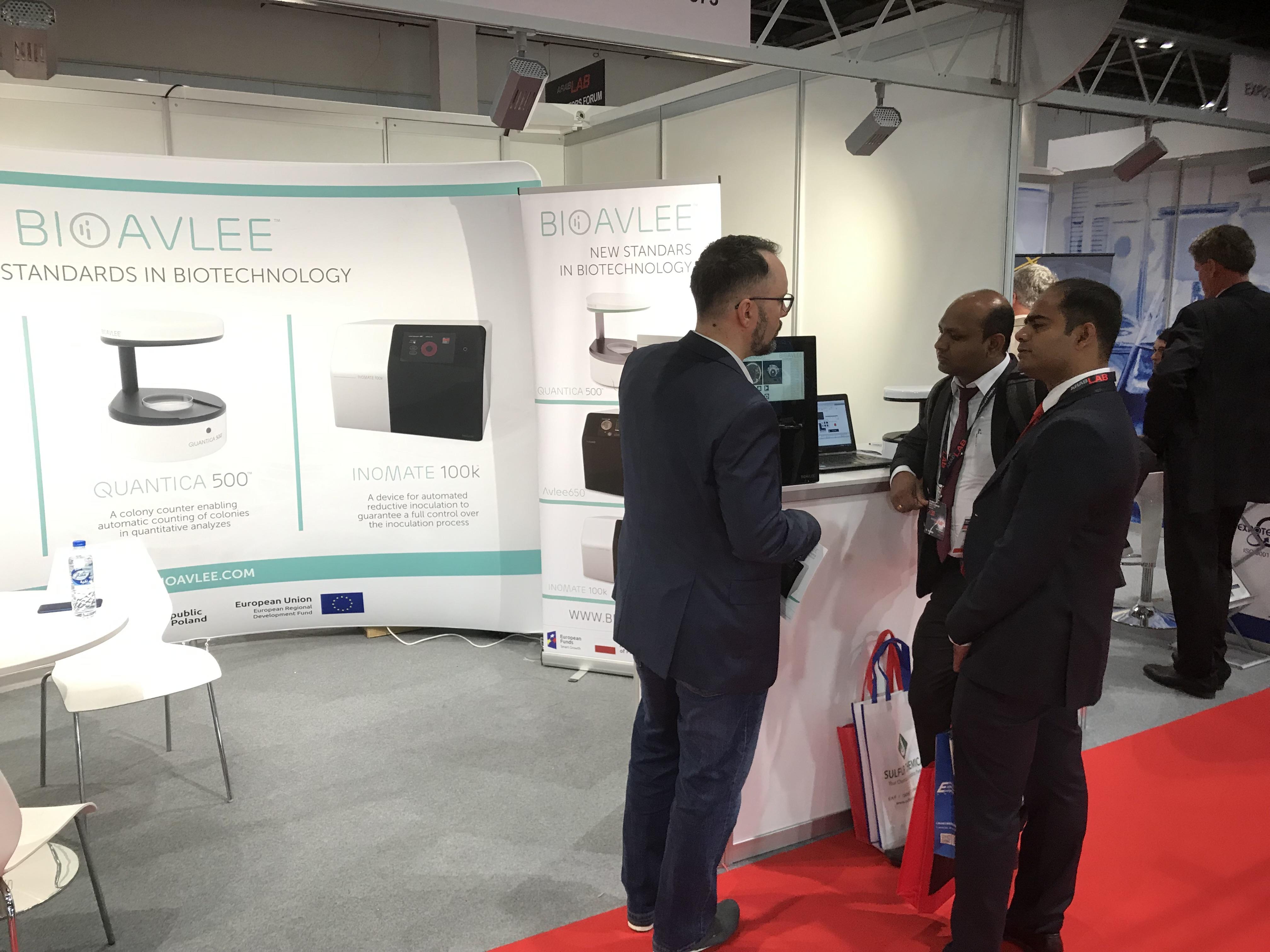 It is not without a reason that the ArabLab in Dubai is considered one of the most important events dedicated to innovative discoveries in the world of science and technology in the Middle East. The numbers speak for themselves: over 10,600 participants from almost 120 countries or, in other words, a networking opportunity at an unprecedented level.

For Bioavlee, it was a unique chance to present the innovative Avlee 650 system to the international audience for the first time. Our breakthrough method of identifying microorganisms combined with the speed and precision of analysis has really won the hearts and minds of many companies. What is more, they have already declared their interest in the distribution of Bioavlee products to the markets of the UAE, Saudi Arabia, India, China or African countries. We do hope that our team’s new contacts from the ArabLab will pay off in the near future.

The second device presented during the ArabLab was Quantica 500 colony counter, which attracted the participants’ attention with its modern design and user-friendly software. A lot of questions were also asked about InoMate 100k, for which some interesting market prospects are showing too.